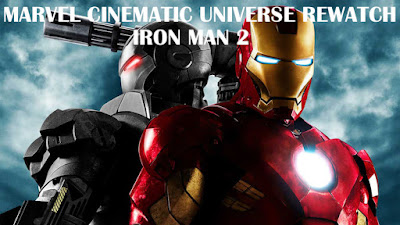 In this episode of The Marvel Cinematic Universe Rewatch, Cory and Nathan crash head first into "Iron Man 2."

Immediately following Iron Man's release, Marvel Studios announced that they were developing a sequel, with an intended release date of April 30, 2010. In July 2008, after several months of negotiating, Favreau officially signed on to direct. That same month, Justin Theroux signed to write the script, which would be based on a story written by Favreau and Downey. Theroux co-wrote Tropic Thunder, which Downey had starred in, and Downey recommended him to Marvel.

In October 2008, Marvel Studios came to an agreement to film Iron Man 2, as well as their next three films, at Raleigh Studios in Manhattan Beach, California. A few days later, Don Cheadle was hired to replace Terrence Howard. On being replaced, Howard stated, "There was no explanation, apparently the contracts that we write and sign aren't worth the paper that they're printed on sometimes. Promises aren't kept, and good faith negotiations aren't always held up.”

As Favreau and Theroux chose to reduce the role, Marvel came to Howard to discuss lowering his salary—Howard was the first actor hired in Iron Man and was paid the largest salary. The publication stated they were unsure whether Howard's representatives left the project first or if Marvel chose to stop negotiating. Theroux denied the part of the report which claimed the size of the role had fluctuated. In November 2013, Howard stated that, going into the film, the studio offered him far less than was in his three-picture contract, claiming they told him the second will be successful, "with or without you," and, without mentioning him by name, said Downey "took the money that was supposed to go to me and pushed me out."

In January 2009, Rourke and Rockwell entered negotiations to play a pair of villains. A few days later, Rockwell confirmed he would take the role, and that his character would be Justin Hammer. Paul Bettany confirmed that he would be returning to voice J.A.R.V.I.S. Marvel entered into early talks with Emily Blunt to play the Black Widow, though she was unable to take the role due to a previous commitment to star in Gulliver's Travels. Samuel L. Jackson confirmed that he had been in discussions to reprise the role of Nick Fury from the first film's post-credits scene, but that contract disputes were making a deal difficult. Jackson claimed that "There was a huge kind of negotiation that broke down. I don't know. Maybe I won't be Nick Fury."

A lot of Whiplash's identifying features were suggested by Mickey Rourke. He wanted to perform half of his role in Russian, and consulted on the character's tattoos and gold teeth, as well as having a pet cockatoo. In fact, Rourke paid for the bird and the gold teeth out of his own pocket.

Mickey Rourke complained that many of his scenes were cut, especially scenes that provided more character development for Ivan Vanko.

(at around 22 mins) According to Jon Favreau, the Asian man who hands Vanko false papers, in order to get to Monaco, is a member of the Ten Rings, the terrorist organization Stark encountered in the first film. This organization is reportedly headed by Iron Man's nemesis, the Mandarin.

Hammer's factory is really Elon Musk's SpaceX facility in Hawthorne, California. The people walking in the background are actual employees, even though filming took place at night.

It has been confirmed by actor Tom Holland, who plays Peter Parker, a.k.a. Spider-Man, in the Marvel Cinematic Universe, that his character appeared in the movie, and was the little boy at the Stark Expo wearing the Iron Man helmet when the expo is attacked by Hammer Tech drones.

Stan Lee Cameo: during the Stark Expo, Lee, wearing suspenders and a red shirt and black and purple tie, is mistakenly greeted by Tony Stark as "Larry King".

After the release of Iron Man 2, Walt Disney Studios agreed to pay Paramount at least $115 million for the worldwide distribution rights to Iron Man 3 and The Avengers.

Next episode, we discuss "Thor." 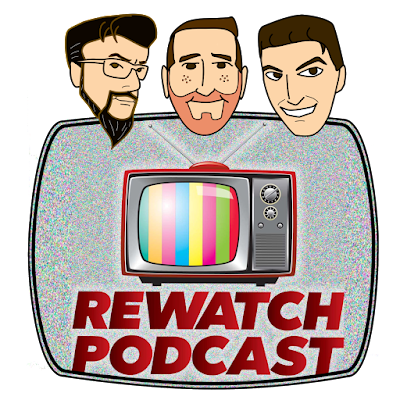 Posted by The Rewatch Podcast at 1:58 PM