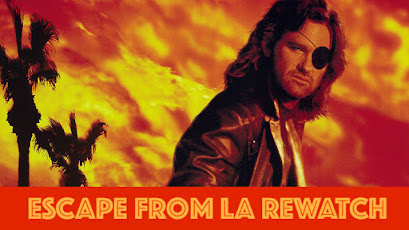 In this episode of The Rewatch Podcast, Cory and Nathan are in the heart of Lala Land as they discuss "Escape From LA."

The film was in development for over 10 years. A script was commissioned in 1987 and was written by screenwriter Coleman Luck, with Dino De Laurentiis's company producing. Carpenter later described the script as "too light, too campy". In time, Carpenter and Kurt Russell got together to write with their long-time collaborator Debra Hill. Carpenter insists that Russell's persistence allowed the film to be made, since "Snake Plissken was a character he loved and wanted to play again.

At the beginning of the film, Kurt Russell wears his costume from the original film, which still fits after fifteen years.

The movie was filmed almost entirely at night. In fact, the production went seventy days without a daylight shoot.

The film is known for having rather poorly produced CGI. This was due to the fact that the employees at the visual effects house, Buena Vista Visual Effects had never dealt with computer graphics before, and didn't really know how to achieve them properly

Steve Buscemi took the part in this film to help fund his directorial debut, Trees Lounge (1996).

Happy Kingdom was supposed to be Disneyland, but Disney didn't give them permission.

Bruce Campbell has a cameo in the film as the Surgeon General of Beverly Hills. Campbell and Kurt Russell share the same stunt double, named John Casino. He had been doubling for both of them for several years before this film, and still does it for them to this day. Both were also in Sky High (2005), but they had no scenes together.

Donald Pleasence didn't reprise his role as the President from "Escape from New York (1981)" due to his declining health at the time. He later died in 1995 while filming was taking place and was replaced with Cliff Robertson.

Kurt Russell practiced playing basketball between scenes as he wanted to make all of his shots legitimately in the basketball scene later on. He made all of those shots purely on his own talent, even the full-court one.

John Carpenter's Ghosts of Mars (2001) was originally intended to be a third Snake Plissken film entitled "Escape From Mars," but when Escape From L.A. did not do well at the box office, the screenplay was rewritten and the character of Desolation Williams took Plissken's place as the lead.

Escape from L.A. is better than the first movie. Ten times better. It's got more to it. It's more mature. It's got a lot more to it. I think some people didn't like it because they felt it was a remake, not a sequel... I suppose it's the old question of whether you like Rio Bravo or El Dorado better? They're essentially the same movie. They both had their strengths and weaknesses. I don't know, you never know why a movie's going to make it or not. People didn't want to see Escape that time, but they really didn't want to see The Thing... You just wait. You've got to give me a little while. People will say, you know, what was wrong with me?

Snake was supposed to return again, but the studios didn't want it. So Carpenter took his script and made it into "Ghosts of Mars." 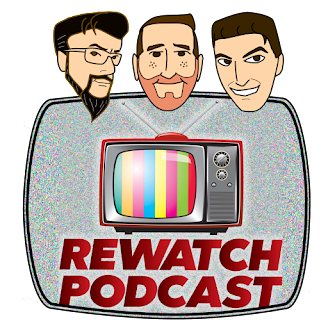