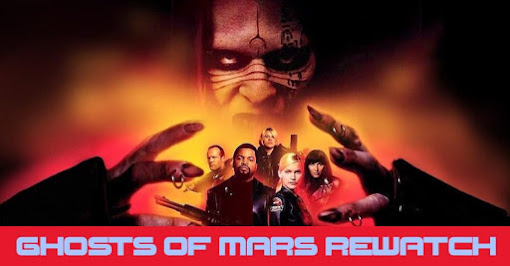 In this episode of The Rewatch Podcast, Cory and Nathan leave earth to find out what could have been as they discuss "Ghosts of Mars."

The script was originally written as a sequel to Escape from New York (1981)/Escape from L.A. (1996), with the character Snake Plissken as the prisoner, but Paramount wouldn't back it as such due to the financial and critical failure of Escape from L.A. Plissken was therefore rewritten as Desolation Williams.

In a 2011 interview, John Carpenter stated he was intentionally trying to make Ghosts Of Mars as over-the-top and tongue-in-cheek as possible. He claimed he was trying to make a mindless and silly, yet highly entertaining and thrilling, action flick where "the universe allows its characters and plot points to be silly without being full-fledged comedies", akin to 80's movies like Commando (1985), Rambo: First Blood Part II (1985), and Predator (1987). Looking back on the film and its criticism, he stated he was frustrated that most people thought the film was meant to be a serious horror movie, and feels that he should've made the film more openly comedic and "in on the joke", saying "...it's called Ghosts Of Mars for Christ's sake, why would people take this movie seriously?"

Natasha Henstridge replaced Courtney Love (the original choice) at the last minute. Love left the project after her boyfriend's ex-wife ran over her foot in her car while she was in training for the picture. Michelle Yeoh, Franka Potente and Famke Janssen were briefly considered. Henstridge was suggested by her then-boyfriend Liam Waite, and was able to join the cast just a week before production began. The actress found the experience to be very harrowing, due to the heavily physical nature of her role and the difficult working conditions. Production had to shut down for a week when Natasha Henstridge fell ill due to extreme exhaustion.

Jason Statham was originally hired to play James "Desolation" Williams, but was replaced by Ice Cube for star power.Â

In a 2006 interview, Ice Cube nominated this as the worst movie he had appeared in, calling it "unwatchable in many ways. John Carpenter really let us down with the special effects on that one - it looked like something out of a film from 1979".

The narrator on the trailer is Keith David, who played a supporting role in John Carpenter's "The Thing (1982)."

For the film's soundtrack, John Carpenter recorded a number of synthesizer pieces and assembled an all-star cast of guitarists (including thrash metal band Anthrax, virtuoso Steve Vai, genre spanning Buckethead, and former Guns N' Roses/current Nine Inch Nails guitarist Robin Finck) to record an energetic and technically proficient heavy metal score. Reaction to the soundtrack was mixed; many critics praised the high standard of musicianship and the strong pairing of heavy metal riffs with the film's action sequences, but complained about the overlong guitar solos, the drastic differences between the cues used in the film and the full tracks and the absence of any of the film's ambient synth score from the soundtrack CD.

For the film's score, music producer Bruce Robb brought in famed heavy metal band Anthrax to play to picture for director John Carpenter, who had originally filmed the movie listening to Metallica. The film's score is entirely original and was recorded by Robb at his Cherokee Studios in Hollywood. The film's DVD offers a bonus feature with behind-the-scenes footage in the studio with the musicians, Carpenter and Robb

John Carpenter revealed that he had become burnt out after he had made this film and made the decision of leaving Hollywood for good. It would not be until nine years later that he made a full feature film, which was "The Ward (2010)."

While we're talking about John Carpenter and Kurt Russel, I think we should probably discuss "Big Trouble in Little China." 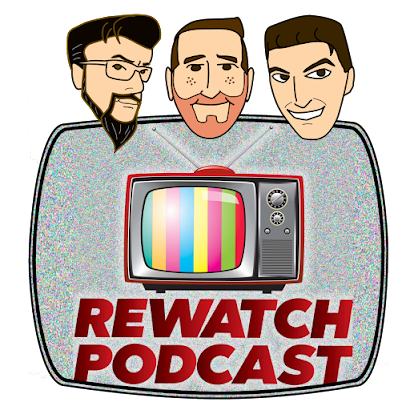 Posted by The Rewatch Podcast at 5:03 PM