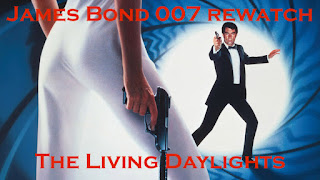 In this episode of the James Bond 007 Rewatch, Cory and Nathan get serious as they discuss "The Living Daylights."


The Music of The Living Daylights:

The title song of the film, "The Living Daylights", was co-written with Waaktaar of the Norwegian pop-music group A-ha and recorded by the band. The group and Barry did not collaborate well, resulting in two versions of the theme song. Barry's film mix is heard on the soundtrack (and on A-ha's later compilation album Headlines and Deadlines). The version preferred by the band can be heard on the A-ha album Stay on These Roads, released in 1988. However, in 2006, Waaktaar complimented Barry's contributions: "I loved the stuff he added to the track, I mean it gave it this really cool string arrangement. That's when for me it started to sound like a Bond thing". The title song is one of the few 007 title songs not performed or written by a British or American performer.

This was the first Bond film to feature a different song over the closing credits. It was called "If There Was a Man" and was performed by The Pretenders who sang two songs for the movie, the other being "Where Has Everybody Gone?". The group were originally considered for the title song but, following the huge success of Duran Duran's song "A View to a Kill (1985)", it was decided to go with a "trendier" group. Chrissie Hynde of the The Pretenders also has sung a cover version of the Bond song "Live and Let Die (1973)" which can be heard on the David Arnold Bond song compilation album, "Shaken and Stirred: the David Arnold James Bond Project".

The Living Daylights was the final Bond film to be scored by composer John Barry. The soundtrack is notable for its introduction of sequenced electronic rhythm tracks overdubbed with the orchestra at the time, a relatively new innovation.

Following the financial and critical disappointment of A View to a Kill, work began on scripts for the next Bond film, with the intention that Roger Moore would not reprise the role of James Bond. Moore, who by the time of the release of The Living Daylights would have been 59 years old, chose to retire from the role after 12 years and 7 films. Albert Broccoli, however, claimed that he let Moore go from the role.

An extensive search for a new actor to play Bond saw a number of actors, including New Zealander Sam Neill, Irish-born Pierce Brosnan and Welsh-born stage actor Timothy Dalton audition for the role in 1986. Christopher Reeve turned down a million-dollar offer. Had he accepted, he would have been the only American to play the role.

The producers eventually offered the role to Brosnan after a three-day screen-test. At the time, he was contracted to the television series Remington Steele, which had been canceled by the NBC network due to falling ratings. The announcement that he would be chosen to play James Bond caused a surge in interest in the series, which led to NBC exercising (less than three days prior to expiry) a 60-day option in Brosnan's contract to make a further season of the series.

Dana Broccoli suggested Timothy Dalton. Albert Broccoli was initially reluctant given Dalton's public lack of interest in the role, but at his wife's urging agreed to meet the actor. However, Dalton would soon begin filming Brenda Starr and so would be unavailable. In the intervening period, having completed Brenda Starr Dalton was offered the role once again, which he accepted.

Dalton's take was very different from that of Moore, regarded as much more of a reluctant hero following an undeniable influence of the Fleming Bond in the way that the veteran agent was often uncomfortable in his job.

The casting of Frederick Warder and Glyn Baker as 004 and 002 was intentional, due to their resemblance to George Lazenby and Sir Roger Moore, respectively. For the movie's opening scene, the writers wanted to toy with the audience's expectations of which of the 00 agents was Bond.

SMERSH, the fictionalised Soviet counterintelligence agency that featured in Fleming's Casino Royale and several other early James Bond novels, was an acronym for 'Smiert Shpionam' - 'Death to spies'.

Dalton only lasted for 2 films, so we'll be discussing his final appearance in "License to Kill." 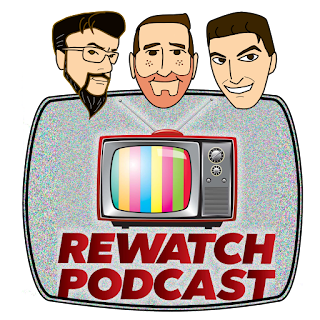 Posted by The Rewatch Podcast at 6:19 PM